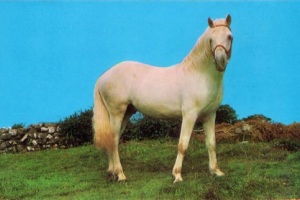 Tommie described the new car which Jack had bought. He was impressed and excited about the car.  He was as excited as if the car was his own car. He said it was a great bargain. It said it was old, but it was perfect. He explained its level of perfection by saying that it was A Woman’s Car before Jack got it.

Nine Egg Morning.  Eggs have been broken open all along the path. They are pale blue.  Every day there are more. This morning is the first time I have counted while walking.  Nine eggs seems like a lot.  Some are Thrush eggs and some are Blue tits.  Or maybe they are all Blue tits or all Thrushes.  The shades of blue vary from very light almost white to bright almost aqua.  I am not any better at identifying eggs than I am at identifying birds. I am most excited if I find a really large portion of the egg shell unbroken, or broken into two tidy  parts.

Cleaning The House has taken on a new meaning. We got out an extendable mop thing which I believe is intended for washing windows but which we have never used for washing windows. This is the first time we have used it for anything.  One side of the house was completely splattered with white bird excrement.  The windows and the walls were covered with enormous white splashes. It was not just six or eight splashes.  It was more like sixty.  All of the splashes hit the wall at the same diagonal. It looked like an enormous flock was passing and the wind was blowing and they all let go at the exact same moment.  Actually the splattering splashes did not all appear at the same time. I think they built up over a week.  It just looks like it all happened at once. And since the house is painted this peculiar pinky-purple color, which would perhaps look normal at the seaside but here looks a little strange, the white splashes stood out as very loud.

I went into the shop in Cahir looking for a newspaper.  The English paper I wanted was not there.  It had not been in the other two other shops either.  Either it was already sold or it had never arrived today. I knew that meant there was not one to be found in the whole town. I stopped to look at the postcard rack on my way out.  When I rotated it a little bit to get a more complete viewing, three large folders fell down.  They were leaning up against the back of the rack. The man at the counter whom I assume is Mr. Sampson because the shop is called Sampsons and I have never seen anyone but himself in there, said that it did not matter. He said everything was always moving and falling in the shop. I chose two cards of a pony named Bridge Boy who was three times adjudged Champion Connemara Stallion.  The information on the card also told me that the Connemara Pony is the only indigenous breed of pony in the country.  He looked completely unreal against a bright blue sky which looked equally unreal. I took the two cards up to the counter and the man who might or might not be Mr. Sampson commented on how dusty they were.  He pulled out a rag and started to wipe them off but then he stopped because they were kind of sticky.  He said he was not any better at cleaning than he is at making displays and if the cards were too dusty for my taste I need not feel obligated to buy them. I told him I have no problem with dust and I purchased both cards.